What Is APA Style?

The American Psychological Association (APA) developed a set of standards that writers in the social sciences follow to create consistency throughout publications. These rules address:

APA's guidelines assist readers in recognizing a writer's ideas and information, rather than having to adjust to inconsistent formatting. In this way, APA allows writers to express themselves clearly and easily to readers. The APA materials developed in the Walden Writing Center are based on The Publication Manual of the American Psychological Association, Seventh Edition, often referred to on this website as "APA 7" or "the APA manual."

In Summer 2020, Walden University switched from the sixth edition of the APA manual to the seventh edition as the official style guide for student work. Visit the Writing Center's APA 7 Transition page for more information on timelines and updated resources. The Writing Center’s text-based instruction, templates, videos, and modules that focus on APA have been updated to APA 7 guidelines. For a summary of some changes between APA 6 and APA 7, take a look at our APA 6 & 7 Comparison Tables.

To learn more about transitioning into academic writing, view "What Is Academic Writing?" Remember that it’s your job as the author to engage your readers, and inconsistencies in formatting and citations distract the reader from the content of your writing. By using APA style, you allow your readers to focus on the ideas you are presenting, offering a familiar format to discuss your new ideas.

Getting Started With APA Style

APA style can seem overwhelming at first. To get started, take some time to look through these resources:

Lastly, feel free to contact writingsupport@waldenu.edu or editor@waldenu.edu with any questions you may have.

Methods to the Madness Video Playlist 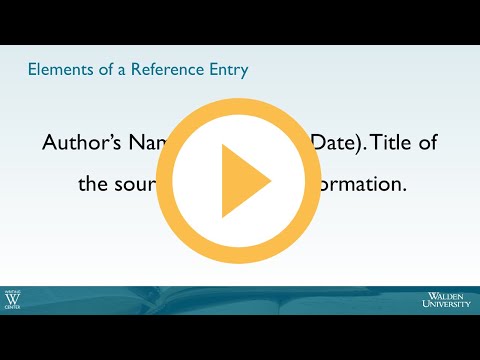 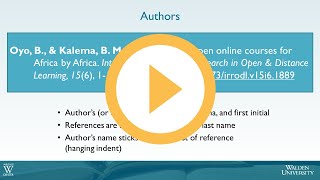 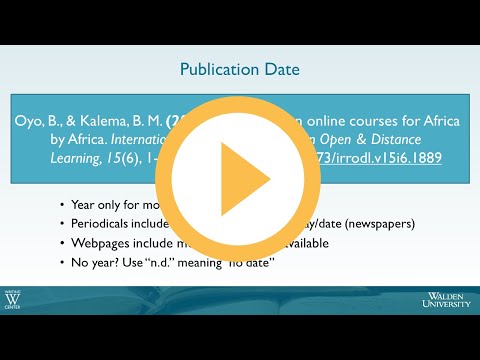 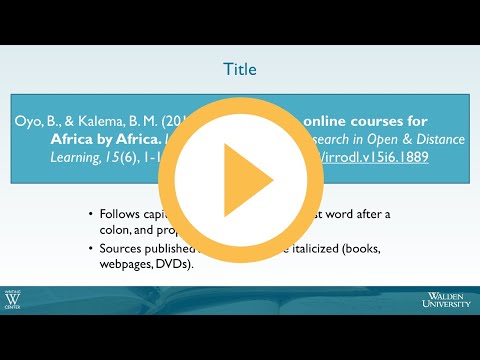 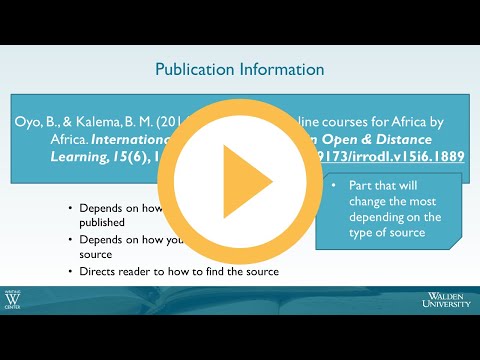 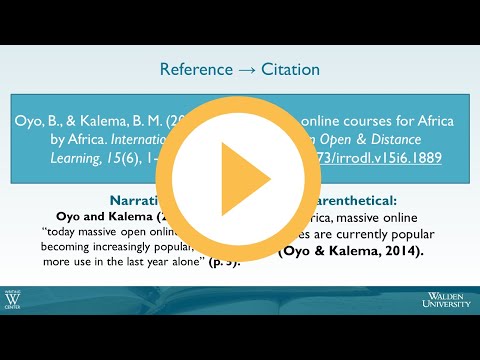 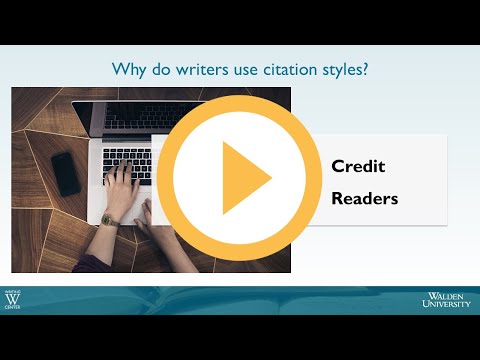 Why Do Writers Use Citation Styles? (video, 1:30)
Transcript 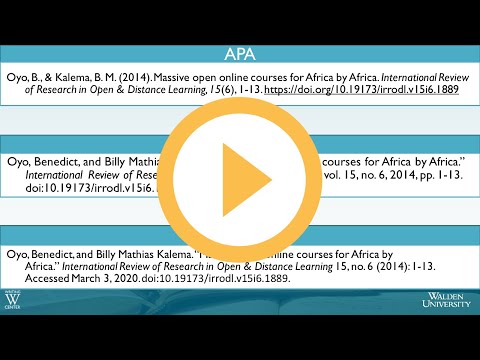 Why Does Walden Use APA Style? (video, 2:02)
Transcript

Didn't find what you need? Search our website or email us.