A faulty parallelism (also sometimes called parallel structure error or a parallel construction error) occurs when the structure of a sentence is not grammatically parallel. This error occurs most often in sentences that contain lists. Below, Grammarly has found a faulty parallelism: 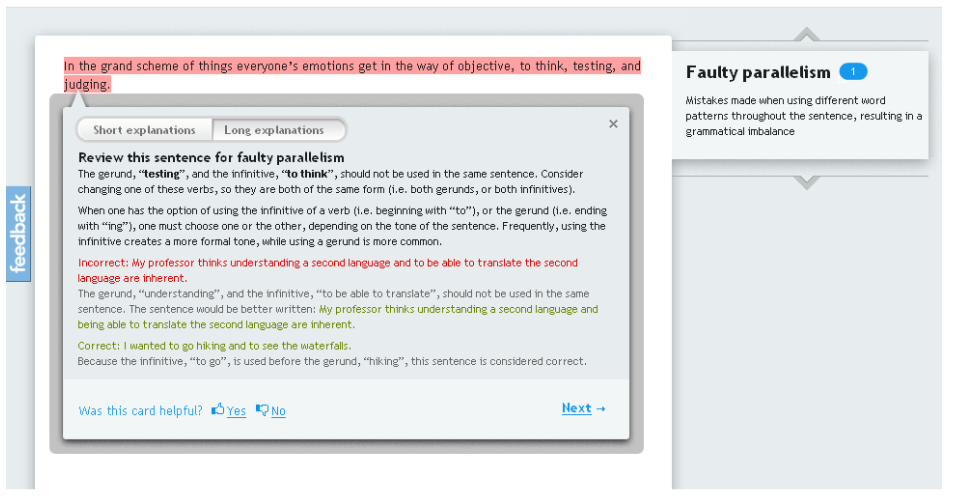 The student has written the following:

In the grand scheme of things everyone’s emotions get in the way of objective, to think, testing, and judging.

All of the elements of that list must match, grammatically, in order for the sentence to be parallel. Since "testing" and "judging" already match (both are gerunds ending in "-ing"), the student could fix the sentence by writing,

In the grand scheme of things everyone’s emotions get in the way of objective thinking, testing, and judging.

Didn't find what you need? Search our website or email us.