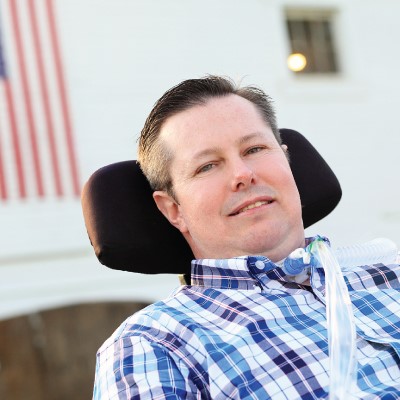 Jeremy Van Tress was born and raised in Orange County, California. As a young 19-year-old, Jeremy put his education and collegiate running career on hold to serve in Chile for two years as a missionary. Each day, Jeremy gave meaningful service, comforted people in their pain and despair, shared faith-based messages and gained an appreciation for humanity and the goodness that comes from sacrificing his interests to benefit others.

Those formative experiences inspired Jeremy’s decision to become a social worker and eventually commission as an officer in the United States Army. After serving honorably for six years in a special operations unit and the conventional Army, Jeremy separated from active military service to become a physician and provide medical care to vulnerable populations. During his first semester of medical school, he experienced unexplained neurological symptoms later diagnosed as Lou Gehrig’s disease, or ALS, a rare progressive neurodegenerative disease caused by his military service.

Jeremy is a 2019 Pat Tillman Scholar and has served in various leadership roles throughout his academic career.  He is honored to serve his fellow military veterans as Walden University’s SVA President. In addition to conducting resilience research with ALS patients, and after attaining a Ph.D. in Social Work, Jeremy plans to teach and advocate to bolster public assistance programs on behalf of persons with ALS. Jeremy is also the Founder and President of Smile Inside, Inc., a fully accessible online ALS counseling program that provides counseling and advocacy to fellow persons with ALS.  Jeremy resides in Corvallis, Oregon with his college sweetheart, Courtney, and their six children. 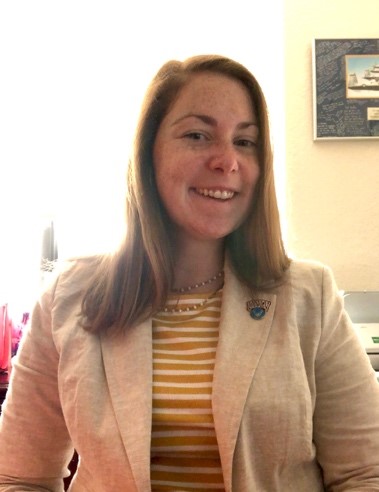 Ms. Julianne B. Randles has earned a Bachelor of Arts in Psychology (2017) from the University of Nevada, Las Vegas (UNLV) and is currently pursuing a Master of Science in Clinical Mental Health Counseling with a specialty of Military Families and Culture with Walden University. She is the current sitting Vice President of the Student Veterans of America (SVA) for Walden University, along with being voted the Treasurer of UNLV’s Rebel Women Veterans SVA Chapter (2016) and President of UNLV’s Rebel Women Veterans SVA Chapter (2017). Julianne was also a member of the Rebel Veterans SVA Chapter (2015 – 2017). Ms. Randles has also volunteered for Concerned Veterans of America (2016), as well as being a Peer Advisor (2016) and then Team Lead (2017) for the UNLV’s Peer Advisors for Veteran Education (PAVE).

Ms. Randles is still currently serving in the military as a subject matter expert in Aviation Resource Management in Southern California.  Julianne is also Group Operations Training Manager in Northern California as a contractor for contingency response.  She served as active duty in the Air Force for 7 years before joining the Reserve component. Julianne is an Operation Iraqi Freedom and Operation Inherent Resolve war veteran. During her active service, Ms. Randles was nominated Airman of the year in 2009 and 2010 along with Noncommissioned Officer of the year in 2013 and 2014. She was also nominated Aviation Resource Manager of the Year at the Wing level in 2009.

Julianne hopes to take the knowledge she is gaining from her Masters program to work with Veterans Affairs.  One of her greatest passions is taking the mental health stigma away from service members.  22 service members commit suicide a day. Ms. Randles is eagerly trying to make that number go down drastically by becoming a licensed mental health counselor. 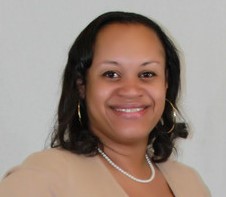 Mrs. Ware-Hall’s Army career ended abruptly due to a paralyzing accident, but, after a few years, fully recovered, she changed careers to focus on veterans and active duty member’s needs within health care administration under the Veteran’s Health Administration and Department of Defense as a Medical Support Assistant and Claims Assistant.

Throughout her career, Mrs. Ware Hall was elected as an Equal Employment Opportunity Special Emphasis Manager (2017) of the West Texas VA Health Care System, elected to Employee of the Month (2017), managed a Feds Feed Families campaign that resulted in 1,616 pounds of food collected within 30 days, and managed a 2K walking event for veterans, their families, and the community to support hospice and inpatient care, visitation, and volunteering. 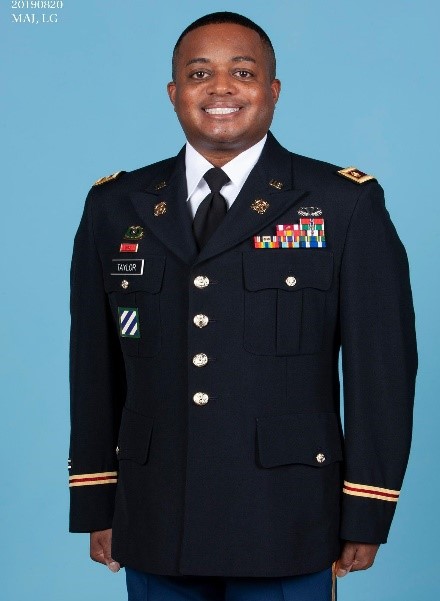 Major Corey Taylor is a native of New Orleans, Louisiana. He received a Bachelor of Science in Sociology from Southern University Agricultural and Mechanical College in Baton Rouge, Louisiana in 2007. Shortly after graduating he enlisted in the United States Army under the Officer Candidate School (OCS) program. Corey completed basic training, airborne school, and OCS at Fort Benning, Georgia, where he commissioned as a Second Lieutenant in March 2008.  Upon commissioning, he was assigned to the Quartermaster Branch. While serving in the Army, Corey attended Troy University and received a Master of Public Administration-Healthcare in 2012.  MAJ Taylor found a passion for healthcare, particularly in the limited access and under-utilization of mental health services in New Orleans, LA, and decided to pursue the Doctor of Healthcare Administration (DHA) program at Walden University in 2017. Simultaneously, while enrolled in the DHA program, MAJ Taylor was nominated to attend the Air Command and Staff College for his military Intermediate Level Education (ILE) from 2018-2019, and he received a Master of Military Operational Art and Science in 2019.

Corey is still active duty and serves as the Battalion Executive Officer for Army Field Support Battalion-Hood.  While working in a fast paced environment, Corey still finds time to focus on completing his doctoral degree. His focus for completing his DHA is due to his personal involvement with Hurricane Katrina in 2005. Corey was an eye witness to this devastating event while living in New Orleans, and decided to focus his doctoral study on the lack of utilization for mental health services for people who returned to New Orleans post-Hurricane Katrina. This topic is near and dear to Corey because he as well as several family and friends suffered from anxiety and depression as a result of Hurricane Katrina. MAJ Taylor hopes this study will provide public health officials the necessary information to build mental health facilities closer to rural areas of New Orleans where social determinants of health exist. 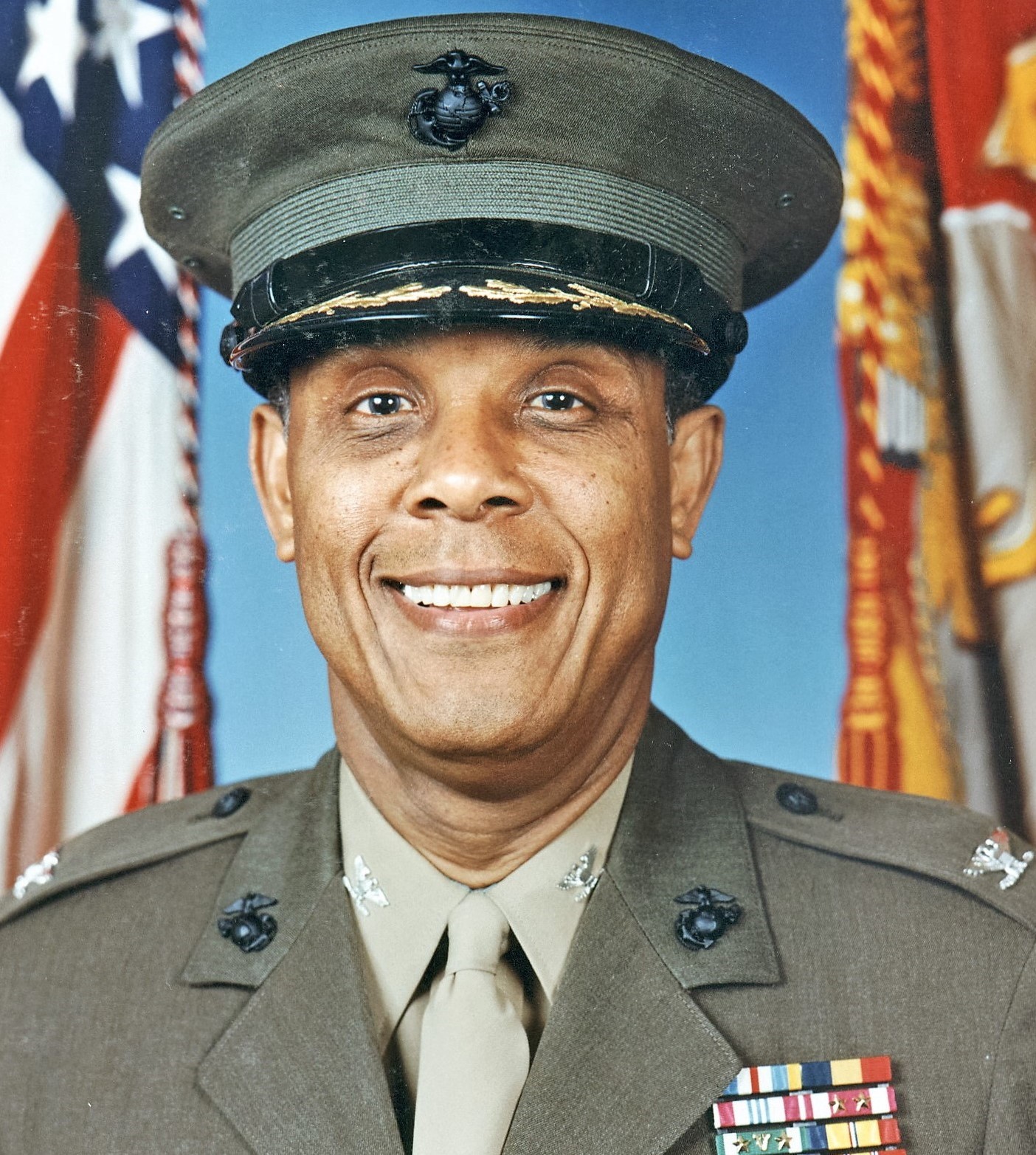 Doctor Colonel Jaime Solis is the son of Cuban immigrants, born and raised in Los Angeles, California, and retired from the United States Marine Corps in 2007, after serving 40 years on active duty in command and staff assignments around the world. He is a decorated Vietnam veteran who has been awarded medals, for combat, superior, meritorious, and commemorative services by the Department of Defense, U. S. Marine Corps, U. S. Army, U. S. Navy, The Republic of South Vietnam, and civilian honors from the State of California, cities of Los Angeles and Santa Ana California, and plaques from multiple civic and community associations. He is a Member of the Board of Trustees, Saint Joseph’s College, Board of Directors, National Defense University, an active member of many professional and military organizations, and a volunteer with Latin, Hispanic, and other social organizations. He resides in Northern Virginia with his wife.

The listed awards were received for combat, distinguished, superior, meritorious, and memorial services, as acknowledged by the Department of Defense, Marine Corps, Navy, Army, the Republic of South Vietnam, and the Republic of South Korea. The stars and ribbons included but are not limited to the following.

My name is Dayanda Simpson, I am interested in the Executive Director (Navy) position.  I am from Bay City, MI. I graduated from Bay City Central at eighteen years of age, June 1989.  By July 1989 I had enlisted in the United States Navy. I was enlisted in the Navy for three years, during which time I completed one West Pac and spent three months in Yokosuka, Japan.  Most of my work ethic came from joining the military. My family didn’t have money to send me to college. So joining the military was a way for me to get money for college (GI Bill) along with the opportunity to travel the world.

After my discharge I used my GI Bill and Vocational Rehabilitation programs to attend college. Through the work-study program I was hired at the Saginaw MI, Veterans Hospital.  I have worked for the Veterans Administration for fifteen years in three different states.

I am a proud Navy veteran and I enjoy serving my fellow veterans. So much so I have dedicated my life to helping veterans. I am currently perusing my PhD. In Human and Social Services with a specialization in Military Families and Culture. I am a member of Kappa Epsilon Psi Military Sorority; yes there are military sororities now.

Serving veterans is my passion. I have basically worked for the Government my whole adult life; it is my plan to continue to serve veterans. I think my vast experience working with Veteran’s and Veteran’s programs could be very beneficial to other veteran’s students who may need information. Whether it is about Walden University or veteran services available. 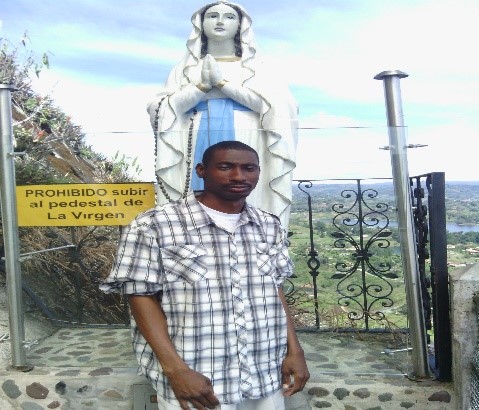 My name is Tommy White Jr. and from Valdosta, GA, but currently reside in Columbia, SC.  I  enlisted in the Air Force in 2003 but graduated from Valdosta High School in 2004, which I was in the delayed entry program.  I served 4 years active duty and was station at Langley AFB (2004-2008).  Then I joined in SC Air National Guard (2008-present), which I have a total of 16 years.  I served 4 tours overseas as well. He is a decorated veteran has been awarded medals, for combat, superior, meritorious, and commemorative services by the Department of Defense and U. S. Army.  My job in the Air Force is Security Forces (Cop), which I have been my entire career.  I received my Bachelor of Science in Criminal Justice from Liberty University in 2010.  I received my Master of Science in Criminal Justice Leadership and Executive Management from Walden University in 2013 and currently pursuing my DBA in Entrepreneurship.  I have been tutoring for over 5 years with a nonprofit organization called Turning Pages of SC.  I am the President of a nonprofit organization called the American Amateur Press Association and served as the Vice President as well.