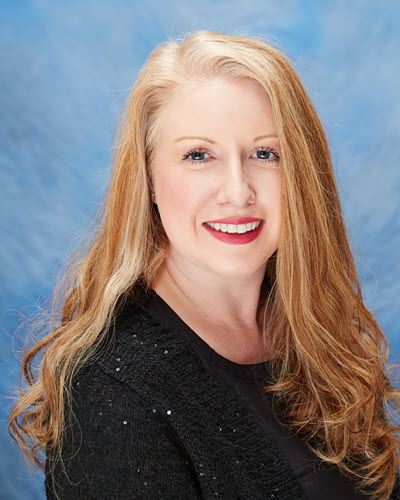 I am a Core Faculty member in the Clinical Mental Health Counseling program in the School of Counseling. I am also the Co-Faculty Advisor for the LGBTQ+ Pride student group at Walden.

I am a wife, the mother of twin 11-year-old girls and a 6-year-old girl. I have seven rescue dogs. Don’t worry, I live in the country. LOL! I am a counselor educator who loves playing bunco and enjoys my book club tribe. Sometimes, we even read the books! J My changemaker story began when I started working in underground safe houses for survivors of domestic violence and their children. I began thinking that if I wanted to make a bigger change, I should get a master’s degree and treat domestic violence survivors clinically. Once I did that, I wanted to get a PhD so I could teach counselors to be able to help survivors as well. After doing that for a period of time, I found Walden University. I was fiercely attracted to their commitment to social change. I knew that if I was going to make long-standing and far-reaching social change, I would need to teach future counselors and future counselor educators to help this population. I have taught students as far away as Cairo, Egypt to help abuse survivors! 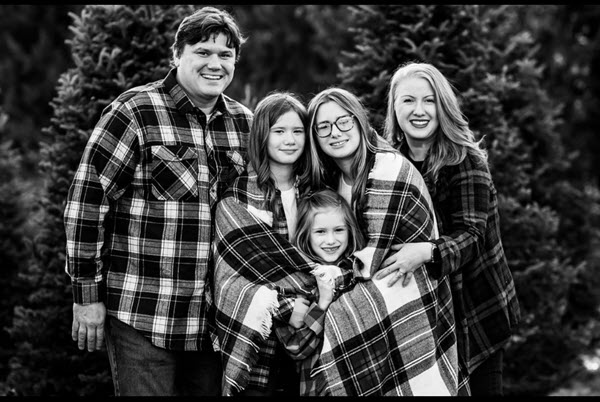 I would say that I am a changemaker who enjoys helping people who do not have a voice or a choice in change. I was teaching residency for Walden out West. I had a student who walked across from the hotel (where we were staying for residency) for a cup of coffee. A man walked by her, arm checked her, and called her derogatory terms for lesbian. She came back visibly upset and we talked and processed the event. Two days later, the student walked across the street with a couple of classmates for lunch. This time, she was standing in line for her food and a woman sitting in the restaurant said, “Don’t look at me you (insert expletives for lesbian)! I do not go that way. Get out of here. We don’t want your kind around here!” By the time that she returned to my classroom, she was beside herself. Her classmates were shaken up as well. I was enraged. Not only did this happen to her twice, but this time, it happened in front of her peers. I decided then and there that we needed an affirmative space for our LGBTQ+ students. When the opportunity arose shortly after for a faculty advisor to lead the resurgence of LGBTQ+ Pride at Walden, I jumped at the chance.

Each year, in June, I travel to Washington DC to march on the Hill. I speak with legislators about continued funding for child abuse and mental health issues. I have been going to DC for 10 years now. It is imperative that we teach and talk to those in a position of power to make sustainable change.

What impact has your project had on you and the community you worked with?

I feel empowered to continue being a change maker as I see the legislators respond to our talks. It is now to the point that they know who we are and they get excited to tell us about upcoming legislation to help survivors. 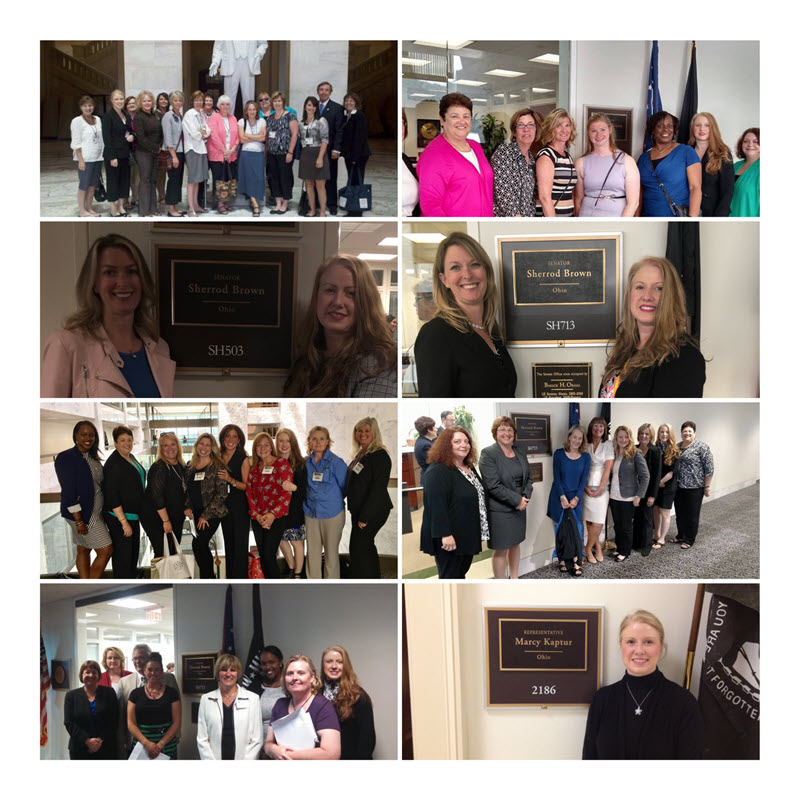 I work with the Children's Advocacy Center in Toledo, Ohio. It is a one-stop shop for child abuse victims of domestic violence and sexual abuse. The children and their non-offending caregivers get the services that they need for free. It is imperative that agencies like this are able to get the funding that they so desperately need

I will continue to march on the Hill, work with survivors of abuse, and write on these topics. I am also the President-elect of SAIGE. I look forward to continuing my work with Walden's LGBTQ+ Pride and SAIGE to ensure affirming and equal rights for all. 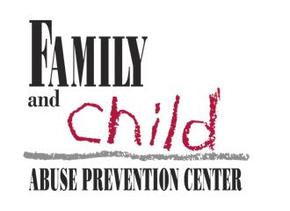 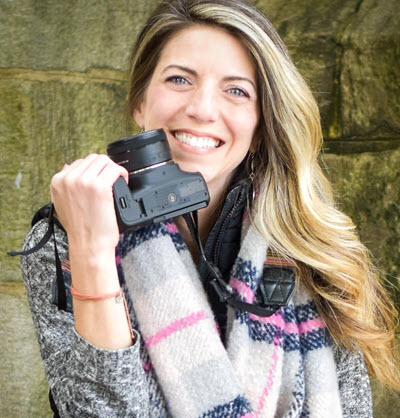 I am a counselor educator, mom, and military spouse. As a military family, we have moved around the country quite a bit and my changemaking story begins in Fayetteville, NC, where we are currently stationed. In March 2019, while providing supervision to doctoral interns in Walden's CES program, I was deeply inspired by my students' community efforts towards positive social change. This sparked an internal dialogue about the positive impact I could have on my community, wherever the army might take us. One morning I woke up to the phrase "Faces of FAY" and hit the ground running, quite literally. I'm passionate about stories and love photography, so I grabbed my camera and met with a local resident on the streets of downtown. I listened to her story of courage, laughed and cried together over the joys and challenges of motherhood, took her picture, then went home and posted the first of over 250 interviews I've had over the past year. Sharing a variety of local stories evolved into a celebration of diversity and a platform for advocacy on issues affecting military families and the larger Fayetteville community.

I would describe myself as a passionate advocate who "leans-in" to the world around me. I'm curious about others, about their stories, and seek the beauty of connectedness. Immersing myself into each new community, helps me play a role in positive social change, despite the transient nature of being a military family.

In the process of meeting locals on the streets of downtown, I learned about the needs of our homeless and incarcerated populations. I also had the opportunity to meet with local government officials and share observations and insights, while advocating for military families who had shared their journey with me. I partnered with local groups to share veterans' stories and help shed light on veteran/military suicides. I also found the project take its own identity as community members reached out to share their stories of survival, success, and service. I found myself supporting local small businesses and advocating for a more positive city identity for downtown Fayetteville along with a celebration of community. The photo project gave voice to individuals in our city whose voices are often quiet. It also shed light on diversity being a great strength of the city of Fayetteville and helped encourage a new and more positive perspective, helping to shift old Fayettenam to a vibrant FAY. Along this adventure, I found myself encouraging others to say stop and say hello, "lean-in" to their neighbors’ stories, and courageously push through old assumptions, vulnerably embracing and connecting with their community. 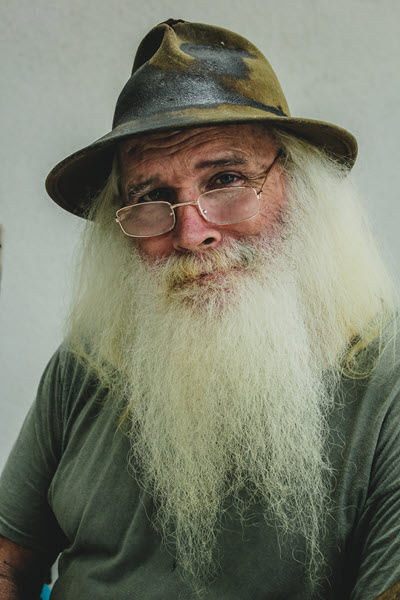 What impact has the project you are most proud of had on you and the community you worked with?

Faces of FAY changed my life. I'm typically pretty introverted in social settings and stopping to say hello to random strangers really stretched me to more readily engage others in meaningful ways. The project helped me take a step of courage every single day and forced me to be as vulnerable as I was hoping others would be with me. It helped me see the beauty and power that connectedness and community can have. It also helped me understand how every single person in a community can play a role towards positive social change. It pushed me to focus on service more than ever and encourage others to do the same.

In regard to the impact the project had on the community, I received feedback from several community members and organizations thanking me for my efforts to help shift negative perceptions of downtown Fayetteville to a current-day picture of "community". Community members were at times moved by the stories and privately messaged me about the positive impact the daily feature had had on them. Some offered to help specific community members who'd been featured, and in my efforts to help coordinate between neighbors, I was deeply touched by the quiet acts of kindness that I was able to witness behind the scenes.

What inspired you to start this particular social change project? / What was your source of passion and purpose? What did those moments look like?

I was inspired by two CES students, who were actively engaging in community advocacy at the time and I felt I needed to engage with my new community more meaningfully. Each interview sparked greater passion to continue this project as I found it created a platform for neighbors to share their stories and be encouraged by one another. The positive feedback received from followers fueled my passion to share more stories. When people stopped to thank me for celebrating their "home" it gave me purpose. When I was asked to blog for the Arts Council newsletter or take event pictures for the downtown district, I too felt a sense of belonging.

You can be a positive social change agent wherever you reside, and advocacy doesn't have to take the form of a scholarly publication or presentation. Those efforts can begin the moment you take a humble approach to leaning-in to the world around you, the vulnerable courage of taking the first step, and the genuine desire to spread love and celebrate community.

I'm not a trained photographer, however, this project has given me the courage to use creative arts as a form of advocacy. I have started mini-series within the Faces of FAY platform and am currently gathering stories of military spouses across the U.S. I'm also teaching myself videography, while encouraging students to think outside-the-box when it comes to their role as social change agents.